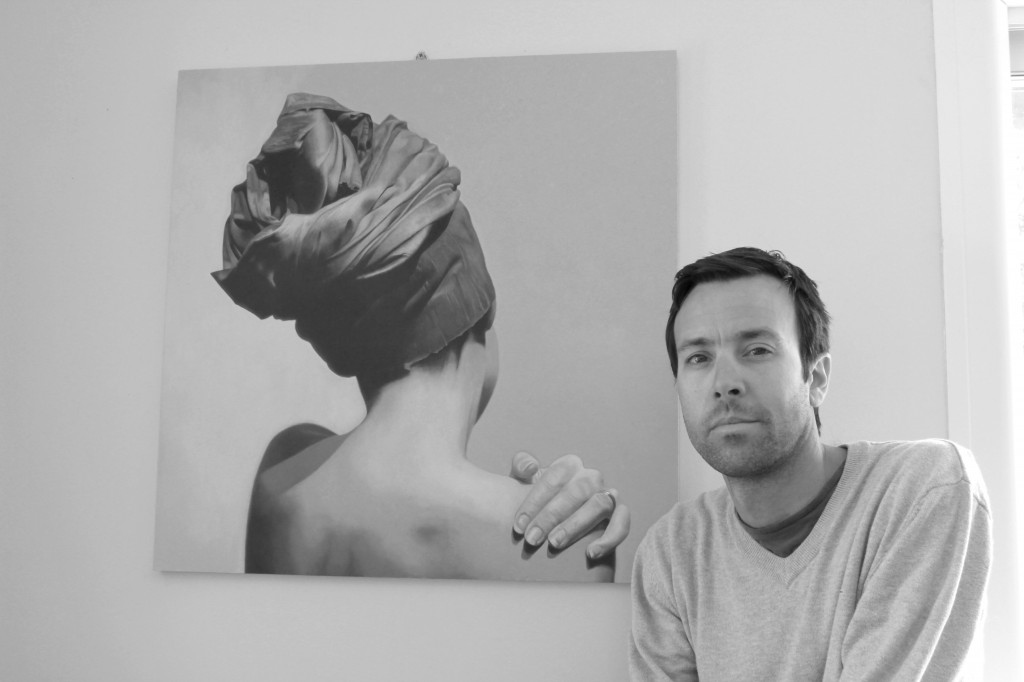 I was born in 1973 in Bristol in the United Kingdom.

In 1994 I went to study under the direction of Master Patrick Betaudier in Monflanquin in France at the Atelier Neo Medici. I was taught a modern version of the Renaissance technique known as the Technique Mixed. This technique; which combines detailed under painting with transparent oil glazes, dates back to the time of the 15th century Flemish master Jan van Eyck. Over the years I have modified the technique I was taught to enhance my paintings. I am in the process of writing a book on technique.

Since February 2021 my paintings are now on show at Marine Arts Gallery, Bonita Springs, US

I also exhibit the sailing paintings at my London gallery, Thompsons Gallery.

I am married with 3 children, and live and work in  Aix en Provence in the south of France.

Plus One Gallery. London. The Naked Truth. Group exhibition. June